The tourist destination gets a facelift with the installation of Children’s play equipment. Kids have their fair share of fun at the peaceful ambience. Families find the place ideal for weekend gatherings and holidays.


A diverse range of fitness equipment and children’s play equipment have been installed as part of the smart city project. The new installations include Hybrid play options for children that enable multiple activities under one roof.


The Children’s playground opened for tourists on 5th September. The new children’s park is all set with Multi-play station, Seesaws, swings and more. Kids will find a scope for multiple activities and visitors will have a cool time at Cream cascade Hydel tourism park.


We are extremely happy to announce our participation in the biggest Amusement exhibition in the country, IAAPI Amusement Expo 2019 from 6 to 8 March at Bombay Exhibition centre, Mumbai.

IAAPI brings the world of amusement under one roof where in the top notch fun developers in the amusement industry share their success saga. This grand platform opens a new door to explore the multifarious fun producers across the globe. The venue offers an ideal business environment where the producer and the customer can have a face to face interaction.

Get to know us more at booth B26


SPREADING THE POWER OF PLAY THROUGH INCLUSIVE PLAYGROUNDS

As part of Funriders“Playgrounds everywhere” campaign, 5100sq feet wide outdoor playground is created at NIPMR Thrissur, with fully inclusive equipment and wheelchair ramp. This is the first fully inclusive park built in Kerala, which is accessible to children of all abilities.

The inclusive play equipment design ensures maximum safety for the kids, with features like zero speed landing for slides, safety railings, safety belts, sensory play equipment and fall free design. This project aims for the mental and social well-being of children who are differently-abled.

The in-house designers crafted the safe and scrupulous playground model and it was finely manufactured in its own factory. The fully customer-oriented approach is what makes Funriders different as it offers bespoke indoor&outdoor play-gym equipment.


It’s often hard to get them outside and to resist warning them against dangers or to stay clean. Paediatric occupational therapist,Angela Hanscom explains that left with the freedom to roam freely and play kids will naturally engage in the kind of activities their bodies need,whether that’s jumping or digging or spinning or hanging upside down on the monkey bars. In her practice, kids in general are much weaker than they used to be and have poorer balance. Some kids are being treated clinically for not being able to stay upright in their seats and being clumsy. Her observations prove that kids who spent at least three hours outdoors are very much active and physically fit than other kids.


BOSTON(CBS) A new report is recommending kids do something critical for healthy development play.

The report ’The Power of Play’ from the American Academy of Paediatrics recommends all paediatricians tell children that playing with parents and peers is a critical part of healthy development, fundamental for learning life skills and reducing stress.

Dr. Michael Yogman of Mount Auburn Hospital authored the report which shows playtime has decreased significantly in the past 15 years, while screen time has increased. And about 30 percent of kindergarten children don’t go out for recess.

’Play is really brain-building because it has all kinds of effects on brain structure and function,’he said. ’Executive function skills, learning to persist on a task, learning to solve problems, of learning to be flexible about how they are learning things.’

Play can also strengthen the relationship between a parent and a child.

There has been a massive rise around the globe in short-sightedness - or myopia. The main factor seems to be a lack of exposure to direct sunlight, because children who study a lot and who use computers or smartphones or tablet computers a lot have less opportunity to run around outside and are less exposed to sunshine and because of that seem to be at more risk of developing short-sightedness.

These kids are being pushed with very intensive education from a very young age and spend a lot of time indoors studying everything close up and very little time outdoors. Therefore the concern is that all close work - like playing with the iPad and iPhone - carries the potential that it could make them more short-sighted.

The best thing to do, say the experts is to get children playing outside as much as possible. Protective of myopia development is time outdoors - sport and leisure outdoors are protective of eyesight.


“There is good evidence that making changes to school playgrounds leads to an increase in children's levels of physical activity,” the report said.

The study conducted by BBC found that school playgrounds are one of the best ways for increasing children's levels of physical activity. They were also linked to a range of improvements in academic skills, attitudes and behaviour, and to improved social skills, improved social relations between different ethnic groups, and better adjustment to school life.

Various forms of intervention have been shown to give this outcome, including changes to marking, the addition of play equipment, making available games equipment (such as balls and bats) and the introduction of loose materials such as scrap and recycled office equipment.


Once again we have embarked our presence in India’ s biggest Amusement exhibition- IAAPI 2018 held at Bombay Exhibition centre, Nesco Compound,Goregaon East,Mumbai on 2018 from 27 Feb to 1 March.

IAAPI brought the world of amusement under one roof, where the top notch fun developers in the amusement industry shared their success saga. This grand platform opened a new door, to explore the multifarious fun producers across the globe. The venue offered an ideal business environment where the producer and the customer shared their ideals and future aspirations.


Play has power to cure all ailments. Funriders has installed a Multi-play station with a diverse set of kids play equipment at Noolpuzha Primary Health Centre. Kids will feel at ease at the hospital and the play events creates an amicable ambience.


New Delhi: The Delhi high court pulled up the Delhi government, various civic bodies, including DDA and the municipal corporations, for converting playgrounds in residential areas into “ornamental parks“ and multi-level parking.

The poser by a bench of Acting Chief Justice Gita Mittal and Justice C Hari Shankar came during hearing of a petition filed by a Defence Colony resident who alleged that several parks in the area were being converted into ornamental parks or parking lots, robbing children of valuable space to play.

HC asked why the authorities are converting parks into parking lots. “That is what Delhi is fit for now, parks becoming parking lots. Where will the children go to play?“ the bench remarked, while directing the authorities, including the Delhi government and the DDA, to file affidavits about the status of available parks in the city and to also indicate whether there was sufficient green area and lung space for citizens.


A recent study conducted by BBC has proved that today’s kids need to play more in order to develop work skills and to live a better life. The researchers advocate creative and free play using unstructured play equipment in order to improve children’s mental abilities.

Dr Peter Gray, a US psychologist and professor at Boston College, has argued that the fact children play less has led to an increase in childhood mental disorders including anxiety and depression, as well as a decline in empathy.

The report asks parents to rethink before occupying their kids by giving smart phones and video games. Child specialists argue that returning to real play is the panacea for majority of psychological and behavioural irregularities of our kids.

We are exhibiting at Kids India – meet us there!


We are in Mumbai, Bombay Convention & Exhibition Centre (BCEC), Goregaon, from 20 – 22nd September 2017 to participate at Kids India Expo- India’s Largest B2B Event for the Toy Industry. Come by our booth C 21.  – We would love to meet you!

Please come by our booth for a chat: Booth no C21

Children’s park gets a facelift


Good news for children in the district. The Thrissur Corporation has started renovation of the Nehru Park.

Good news for children in the district. The Thrissur Corporation has started renovation of the Nehru Park.

An amount of Rs. 5 crore has been earmarked in the budget for the renovation of the park, said Mayor Rajan Pallan. The work will be completed in six months.

In the initial phase, around 50 play things have been installed in the park. They include crystal maze, spiral slide, circular swing, roller slide and trampoline. New benches also have been set up. 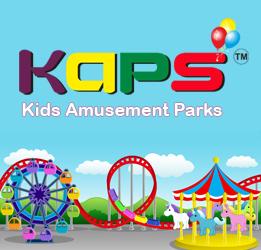